On Amazon, Bestsellers In Military History 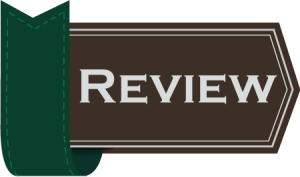 One-hour Wargames: Practical Tabletop Battles for those with limited time and space

I recently received a review copy of Neil Thomas’ One Hour Wargames, a book designed to help wargamers overcome the twin problems of having neither the time nor the space to play miniature wargames on a regular basis.

The first half of the book consists of introductions to wargaming periods and rules designed to ensure a game that is playable in about an hour. The periods: Ancients, Dark Age, Medieval, Pike and Shot, Horse and Musket (1700 – 1860), Rifle and Sabre (1860 – 1900), American Civil War, Machine Age and Second World War.

The second half consists of thirty generic scenarios designed to be played on a 3×3 table. The scenarios are in my mind, the real value of the book. They offer a variety of situations in a generic blue army – red army format, with orders of battle specified by “unit.” A battle, might, for example consist of four red units and six blue. You can use these ratios to adjust to whatever forces, basing and rules you are using. Reinforcement schedules, game length and victory conditions also are suggested. Finally, each scenario comes with a brief note on the historical inspiration for the scenario.

The rules are very simple, consisting of just two to three pages presented in an outline format. They’e a bit too simple looking for my tastes — I prefer something with much more “chrome” — but I am certain that they will achieve the objective of finishing a game about an hour.

Overall, I thought the $16 price (on Amazon) would be a good value for the scenarios.

Open Culture has a list of more than 600 free ebooks — most of them classics, but there are a surprising number of more recent genre books.

Anyone remember Omni magazine? I was a charter subscriber back in the 1978. It was a neat mix of science fiction and science fact. It also — as I remember — had some neat artwork. I don’t remember much more, but according to Wikipedia, “in its early run, OMNI published a number of stories that have become genre classics, such as Orson Scott Card’s “Unaccompanied Sonata”, William Gibson’s “Burning Chrome” and “Johnny Mnemonic”, Harlan Ellison’s novella “Mefisto in Onyx”, and George R. R. Martin’s “Sandkings”. The magazine also published original sf/f by William S. Burroughs, Joyce Carol Oates, Jonathan Carroll, T. Coraghessan Boyle, and other mainstream writers. The magazine excerpted Stephen King’s novel Firestarter, and featured a short story, “The End of the Whole Mess”. OMNI also brought the works of numerous painters to the attention of a large audience, such as H. R. Giger, De Es Schwertberger and Rallé. In the early 1980s, popular fiction stories from OMNI were reprinted in “The Best of OMNI Science Fiction” series and featured art by space artists like Robert McCall.”

The magazine now is available for free online at the Internet Archives.

The Santa Cruz Wargamer has a tutorial on repairing a rules book with a broken binding.