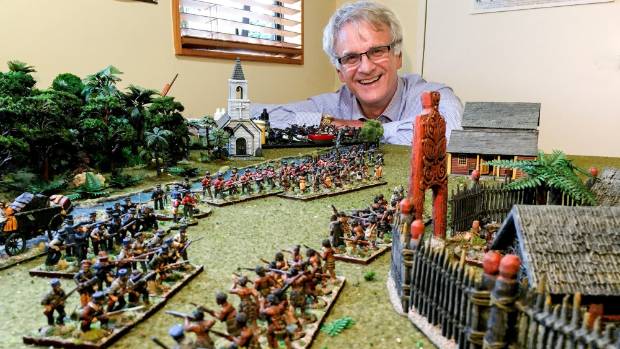 Wargamer Roly Hermans will recreate the Battle of Boulcott’s Farm.

Jeff Peach offers a set of rules for the New Zealand Wars.

These rules are intended to refight the battles of the New Zealand Colonial Wars, 1840-1872. They do not cover skirmishes They are based on DBA, and influenced by the article by Ed White on DBA and the Seven Years War (WI65), and Clive Clapson’s article on the Maori Wars (WI63). As in Ed’s article there are two assumptions:

Fire In The Fern is a set of free wargames rules for games set in colonial New Zealand.