J.P. Medved, a Colorado-based wargamer, has partnered with Ukrainian sculptor Nikita Klimenko in Lviv to design a 3D-printable wargame model commemorating Ukraine’s defenders that they’re giving away in return for donations.

The model depicts a Ukrainian special forces soldier firing a British-manufactured NLAW anti-tank weapon, and comes with a decorative base containing wreckage of a “Z” tank.
Their fundraising page is here: https://digitalarmies.gumroad.com/l/ukrnlaw

And they’ve partnered with Speira Miniatures so people who don’t have their own 3D printer can still get a physical model and donate: https://www.speira.net/product/figures/ukrainian-special-operations-soldier/

When I first started playing Dungeons and Dragons, people thought it involved Satanistic rituals and would somehow send us all to Hell. But it’s not just us. Apparently games have been blamed for moral decline throughout history.

Lee Gaddis, founder of Gaddis Gaming, has been featured in an article in Metro Times. Gaddis Gaming makes Tabletoppers, a line of miniatures and a boardgame called “G.U.A.R.D.S.

What makes Gaddis Gaming unusual — and what got it featured in the article — is that the company is a cooperative which focuses on building wealth among residents of Detroit. After serving an apprenticeship, the workers have a voice in running the company.

“My commitment to building wealth in the community is being able to show people another way that businesses don’t have to be ‘you work your fingers to the bone and all the money goes to the CEO,'” says Gaddis. “That doesn’t have to be the way corporations are structured. There’s no reason for that at all except for greed.”

Worker cooperatives, like Gaddis Gaming, run on the idea that within any moneymaking venture “my success is tied to your success.”

“If we redistribute wealth to the people creating the wealth in the society, that allows us to then raise the standard of living for everybody,” says Gaddis. 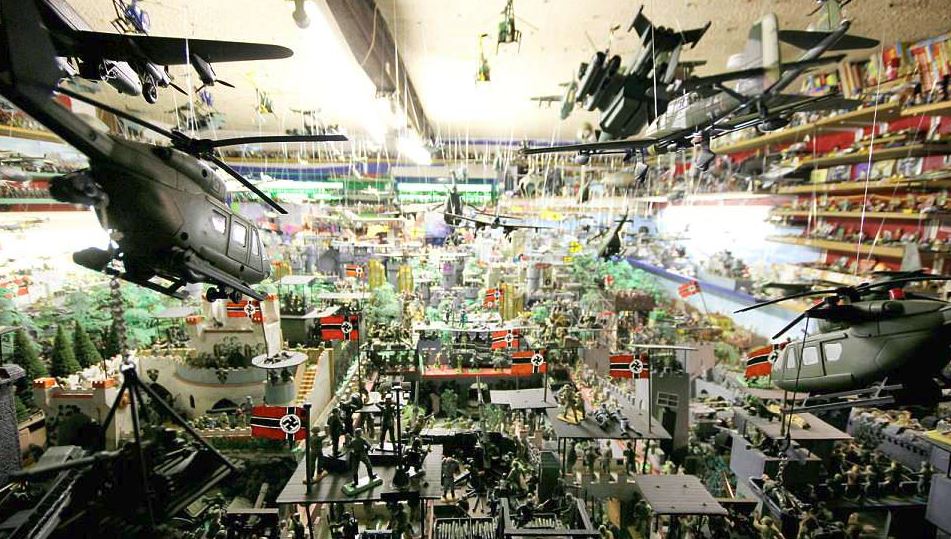 The Daily Mail has an article on the auction of a collection of 250,000 wargames figures. The photos are amazing. Even more amazing to me is that they only expect that it will go for around $14,000.